Trademarks are the words, logos, designs, or other means used by a company to identify itself in the marketplace. Developing a solid reputation for consistent quality and product image would be virtually impossible without the help of trademarks. As companies grow, trademark rights radically grow in importance. According to Forbes magazine, as of the end of 2013, the Budweiser® brand is the 19th most valuable trademark for any company, and by far the most valuable alcohol brand, valued at $21.1 billion (http://www.forbes.com/powerful-brands/list/).

But trademark rights are just as important to small companies. Having to change a company’s name a year or two after opening could be a death blow for an up-and-coming brewery or distillery, as willing customers will be unable to find its bottles on store shelves or order its products at a bar. Securing rights in a mark early on can help ensure that a company does not end up spending months or years and scarce capital defending against a trademark infringement claim in federal court.
Common trademark opportunities for breweries and distilleries include:

Not all trademarks are created equal. Some marks are inherently strong, and some are usefully descriptive but weak. Whether a mark is inherently strong depends on where the mark falls on the spectrum of distinctiveness. Third party use of a mark (or similar versions of the mark) will also affect the strength of a mark and will greatly affect a company’s ability to use and obtain rights in a given mark. Picking a mark that is marketable, strong, and available for registration is becoming an especially daunting task in a crowded market of alcohol producers. To date, there are about 1,000 distillers, 3,000 breweries, and upwards of 9,000 wineries operating in the U.S., and the Tax & Trade Bureau has been known to receives more than 500 new alcohol product labels on a busy day.

Marks that are arbitrary or fanciful are inherently stronger trademarks than marks that are generic or descriptive. That said, descriptive marks can be useful to convey information to the consumer about the goods/services. As in all things, choosing the right mark for a business will require weighing the positives of using an inherently strong mark against, among other things, the positives of using a mark that conveys such information to consumers.

In many ways, the U.S. trademark system significantly favors the first party to file a federal trademark application, regardless of which party was first to actually use the mark. If a third party applied for a nationally famous unregistered common law right, the USPTO will likely approve the third party’s registration and not even consider that famous use. The famous brand owner will have an opportunity to oppose or cancel such a registration, but it will be on the brand owner to mount such a challenge.

Moreover, while unregistered use of a mark will provide a party with some common law rights, such rights are limited to the geographic areas where that party has actually sold its goods/services. For instance, an unregistered trademark holder will only have a cause of action for trademark infringement against those parties that sold goods/services within that limited geographic area. Further, to add insult to injury, that third party might be able to stop the prior user from geographically expanding their own use of the mark beyond those areas of use that existed at the time of that third party’s application date.

Even if a company is not currently selling any products/services, U.S. trademark law allows a company to secure rights in a mark now by filing an intent-to-use application. An intent-to-use application gives an applicant up to 3 years from the date of receiving a Notice of Allowance from the USPTO to establish use in the mark. Considering that most trademark applications will not be approved by the USPTO for at least 8 months after they are filed, upwards of 4 years should be plenty of time for a new brewery or distillery to get up and running. 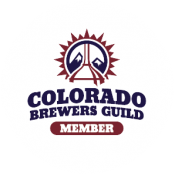